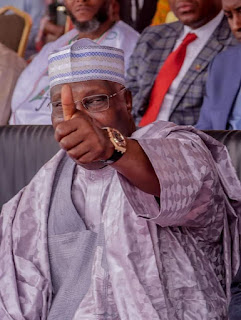 Northwest:
Buhari will win the Northwest but I don’t think he will get the number of votes he got in 2015. A lot has happened in the Northwest like Zamfara, Sokoto & Kano state. It’ll affect his vote. APC 60% PDP 40%

Northeast:
It won’t be easy for Buhari in the Northeast because one of their own is contesting. They have never had this opportunity since 1960. If you understand typical Nigerian politics you’ll know that Atiku may take the day. I’ll safely predict 50/50

Middle belt:
Hmm! Even before Election, Buhari has lost two states already, which is Kwara and Benue states. The crises in this zone will give Atiku an edge. I will predict APC 40% PDP 60%.

South West:
the South West is a major headache for the the APC. I think the election in Ekiti and Osun states is giving APC sleepless night. The mood there is different to what used to be in 2015. I’ll predict APC 55% PDP 45%

South East:
This zone is always a No-go area for Buhari. I think the eastern people have issue with the the president as a person. The operation python dance in the east has further da the president reputation in the zone. The perceived marginalization of the southeasters under Buhari has also not help his cause. It’s gonna be a massive win for the PDP. APC 10% PDP 90%