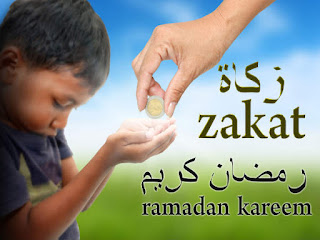 *Gombe Inaugurates a Foundation for Zakah and Waqf (Endowment*)
Preparations are on top gear to formally  inaugurate the *Zakah and Waqf Foundation, Gombe,* which is a non-governmental initiative targeted at supporting and empowering the poor, the needy and the less privileged in Gombe State.
It will be graced by great scholars,  government officials, traditional leaders, experts and practitioners from  all over Nigeria including the renowned International Scholar of Hadith, Tafsir and Islamic Finance, *Dr Bashir Aliyu Umar (Chief Imam Alfurqan Mosque Kano* ), *Engr. Muhammad Lawal Maidoki (Vice Chapman World Zakah Forum and Chairman Sokoto State Zakah and Endowment* Commission). It is scheduled to hold on Sunday *20th January ,* 2019 insha Allah.
The foundation will specialise in mobilizing Zakah, Waqf (Islamic charitable endowment) and Sadaqah from individuals, organizations and corporate bodies for onward channeling them to the economically disadvantaged including women, youth, widows and orphans. It will prioritise capacity building, skill acquisition and capital creation for the prospective beneficiaries in a manner that will gradually build  them as Zakah payers rather than perpetual receivers or beggars.
Already, over 70 people have made commitment to voluntarily contribute 2-5% of their monthly regular incomes to the account of the foundation *(Jaiz Bank Account
Acct Name : Zakkah and Waqf Foundation Gombe
Acct No: 0003403837)*.
Many of the states of northern Nigeria have  Zakah and Endowment institutions including Sokoto, Kano, Zamfara, Jigawa, Bauchi, etc. A very few private Zakah and Sadaqah Institutions also exist. Hitherto, none existed in Gombe despite its rich history of Islam as well as high rate of poverty amidst huge Zakah and Waqf potentials.
Be part of this noble project. Help reduce our poverty, begging and social-economic backwardness.
More details later insha Allah.
Share and be there please.
ABDULLAHI A. LAMIDO