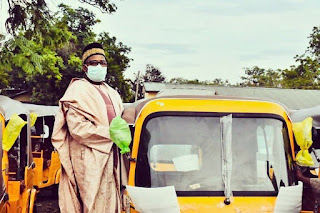 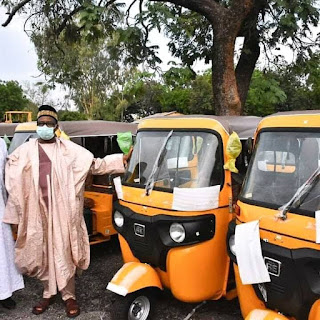 The People’s Governor Sen.Bala Muhammad Kaura Is the Man of his Word through this development as part of pallitive due to the ban on the operation of commercial motorcyclists, popularly called ‘Achaba’, to curtail the spread of Coronavirus.
“The Bauchi state government has purchased 500 Keke NAPEP tricycles in order to boost inter city movement. 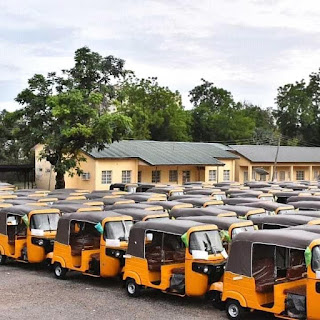 Last weak governor, Bala Mohammed said, that government will purchase 500 tricycles (KEKE NAPEP) for distribution to riders as alternative means of transportation.
Recall that the state government after banning Okada, recently gave approval to KEKE NAPEP operators to carry only two passengers in line with the social distancing policy.